“I don’t think the new CEO will last!” Sanyu, who was HR chief of Wangala Commercial Bank, was sharing with her husband. She was still trying to adjust to the working style of her new boss, as the last CEO stayed in office as late as 9pm.

“But why?” Kato asked, curious.

“Well, he hardly puts in enough working hours,” Sanyu aired her concern. “Yes he gets to office quite early but by 4pm the man closes his file, to go to the club to play tennis, leaving us buried in our work.”

“But is that bad?” wondered Kato who normally picked up kids from school, as Sanyu stayed late in office, with a desk covered with all sorts of papers to clear. “Give him a chance.”

As new boss Mr Mukasa was different. After successfully completing his six month probation he started instituting changes. Early on he had observed the working culture here involved getting to work by the crack of dawn and staying late in office. This followed on Saturday, with some staff dropping by even on Sundays. Most of the managers were pulling in 90 plus hours of work in a week.

Looking at the performance of his bank compared to others, Mukasa, could not justify those punishing working hours, as it only managed mediocre performance. In fact, lately profits had stagnated, which had caused managers to pull in more hours, as they sought ways to keep the bank afloat.

But it was all coming at a cost. One of the first thing Mr Mukasa had noticed was the huge medical bill the bank was incurring to take care of staff health. The contracted health insurance company was always billing the bank, as staff would stop at her clinics. Request for sick leaves was the order of the day. A number of staff had just had strokes while at work, and the bank had to meet their long therapy.

“I want us to enroll all staff here in some recreational programme,” Mr Mukasa called on Sanyu. “Staff here must balance their work with play.”

“But that will come at huge cost,” Sanyu hesitated. “Instead of attending to work some of these young people will just louse away in gyms.”

“First of all staff don’t need to stay up late in office if there are meeting their targets,” Mr Mukasa explained. “But I have seen the medical bill here, and I know what is causing it. I don’t want to win a war with corpses scattered all over!”

Mr Mukasa then sat down and wrote a Memo which he asked Sanyu to circulate without fail. “Staff who are unable to complete their tasks within the allocated 8 hours a day would be seen as inefficient,” the Memo read, “and must first ask permission from their bosses to stay after 5pm. No Staff is now allowed to come to work on Saturday except when absolutely necessary to beat a certain deadline.”

Once the Memo was out it caused no small excitement. The more senior staff, who equated pulling long hours with productivity, hesitated. However, the younger managers quickly embraced it. What won this camp over, including Sanyu, was that at the end of the financial year, Wangala Bank outperformed her peers on all important indicators. A staff survey found staff were generally much happier and the huge medical bill had also gone down.

There is a belief embraced by some managers that the longer one stays in office the more productive he is. However, evidence for that is sparse, as some staff just ends up creating work to fill up the hours. More so, this can also come at a huge cost by lowering staff moral due to stress, family disintegration for lack of time at home, and sacrifice of personal health. 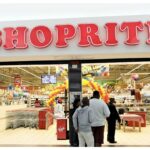