The doctor’s appointment hadn’t gone well. Mr. Mutumba, the CEO of Global finance, a micro-credit outfit had just been diagnosed as diabetic and hypertensive. He recalled this was the same condition that had taken his father just after his 70th birthday. Seeing his patient devastated by the news, the doctor tried to calm him down. “You shouldn’t be so worried because this is a manageable condition!” he advised.

“Start by cutting down your sugar and salt intake,” the doctor suggested. “You should also limit your office hours for more exercise and rest.”

Mr. Mutumba agreed and drove back to office ready to implement a new regime to help restore back his health. However, the Covid -19 pandemic had battered his company which he knew desperately needed change. For example, as a result of lockdown most customers had ceased calling upon branches for credit. Mr. Mutumba had already decided on a strategy to cut down on branches and invest in an app where customers would access financial services. The doctor’s prescription now made it even more urgent since he wanted to stabilize the company and have more time looking after his health.

However, when Mr. Mutumba presented his proposal to his top management team there was resistance. Cutting back on branches would mean loss of staff job, which most were not ready to consider. “This storm will go and people will get back to visiting branches,” said the head of business development.

“If we lay off all those staff whom we know as our brothers and sisters they will sue us for their benefits further eroding our poor cash position,” argued both the Human Resource and Finance Chief.

Faced with opposition, Mr. Mutumba decided to put his plans for restructuring on hold. But as Covid -19 effects lingered the company’s financial performance continued to worsen.

Mutumba was now having sleepless nights. As he worried over his company’s fate, somewhere he also forgot following the doctor’s prescription to change his lifestyle. He had a taste for rich oily foods which he loved washing down with beer pints. One day he awoke paralyzed with a stroke. He had to stay in bed for three months undergoing recuperation. Upon release Mutumba reflected and decided to resign his CEO job. “I need to take drastic actions to look after my health,” he wrote to the board. “Otherwise there is no way I will change while here.”

The Board scouted around for his replacement and brought in a new CEO, from an outside company. Mr Mugisha found his predecessor’s plan for business revival still gathering dust, and yet the company was hemorrhaging and quickly running out of cash. “I must quickly implement my predecessor’s change strategy if we are to survive.”

Two things happened. Being new to the company the Board did not resist as they wanted to give the new CEO a chance. And for those within the staff ranks who resisted, unlike Mr Mutumba who had a lot of attachment with the very staff he had hired and found it hard laying off, he wasn’t as much bothered. The new CEO looked at things from a pure business perspective without being affected by old lenses and quickly started carrying out the restructuring exercise.

These measures bore fruit as Global finance re strategized and emerged as a digital credit finance company, with just half of its original staff. The savings from the downsized payroll were then re invested in improving the digital infrastructure which spearheaded her to increase her market share and return to profitability.

The Covid -19 pandemic has left many companies without much alternative but to change. Unfortunately even as the facts show that to survive organizations must take a health check and change, there can be resistance until the crisis rises to a point where the organization has either to shut down or embrace change. Where change is resisted because of internal dynamics sometimes the organization may resort to an outside change agent as we see in this particular case. 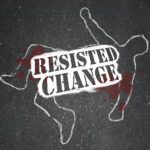 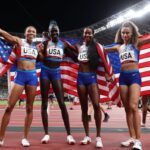