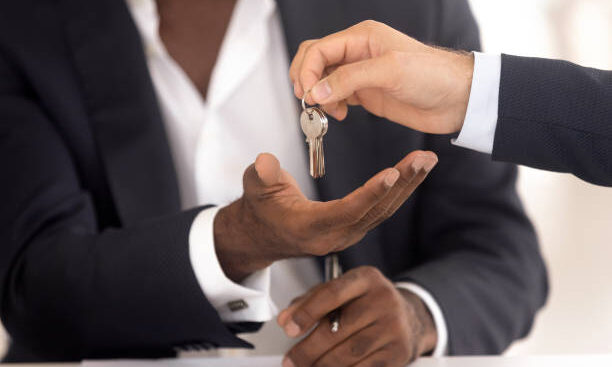 Rotary is a worldwide movement that brings together professionals to serve their community. It is a tradition in Rotary that every year a new crop of Presidents are nominated to take over the mantle of leading their clubs. Having served as President of Rotary Club Kampala West, last month of June, I dutifully handed over to a new President.

Aware that the subject of leadership transfer probably needs more discussion than has been given attention, I invited Rev Canon Dr. John Senyonyi, who in September 2020, after serving a mandatory 10 years as Vice-Chancellor of Uganda Christian University, handed over to a new CEO.

The first challenge Dr Senyonyi observed, might have to do with completing a leader’s legacy. Almost all leaders have particular aspirations they have purposed to realize. The years at the helm run fast and before long one’s term is over. For many leaders, there is a certain anxiety about not having finished the business of their term.

This fear is not willful imagination. Dr. Senyonyi shared an experience of once traveling through Nigeria where he came across a suspended bridge dwarfing over one important city. It so happened that the project had been started with one Governor of a leading state. When a new came to office, he decided to discontinue funding of any past projects of his predecessor. The new Governor wanted to build his own towers, without giving his successor any room to shine.

One way to address this problem is by building systems that are larger than one leader. A new leader who comes into office should only feed into a system, with his new set of aspirations, other than seeing his mandate as breaking up anything that was related to his predecessor.

In most of those organizations where we have seen successful leadership transfer, there is often a clear pipeline of leaders, being groomed for the job at the helm once it fell vacant. In the Rotary organization normally one would expect any club to plan for its President possibly three years ahead by taking them through various club positions. This helps expose the potential President to how the organization works, such that by the time one succeeds into office, there is little fear of disruption.

When leaders depart office the relation between the new leader and his predecessor needs as well to be managed. Some new leaders wanting to quickly establish their purpose not to have anything to do with their predecessors. Yet, this is a disservice to themselves and the organization as they miss out on good counsel, garnered after years of experience by their predecessors.

However, there are also those leaders who apparently never leave, and are up and about, quick to show their influence, not allowing the new leader to properly establish themselves. This is ill-advised for it can result in a conflict of allegiances, with the old leader continuing to hold more influence, and not giving the new leader a chance to properly build a new team.

Sometimes the community complicates leadership transfer when it fails to recognize a past leader just out of office. Used to being chauffeured and greeted by their ceremonial titles, past leaders are shocked when the day after they leave office, none seems to care much for them anymore. It can be a catastrophic experience especially for someone who for a decade everyone was fighting to gain favor from, only to be abandoned. Leaders must prepare for this reality, though also as a community we deserve to treat past leaders respectfully, giving them their deserved dues, if only to encourage their successors not to demur once their time is up.