Home > The assault on Katikkiro Charles Peter Mayiga and the trials of Buganda’s Premeirs! 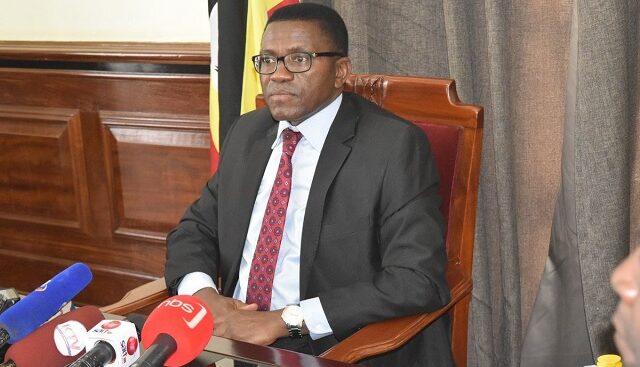 A long time ago the good people of Buganda came up with a saying, “Basiima ogenze!” Loosely translated, it means, “a worthy servant is appreciated when long gone!” Observing the bashing of the sixth Katikkiro ( Buganda premier) to serve under Kabaka Mutebi, ever since rumors of the Kabaka’s failing health started circulating, the old saying certainly is most appropriated.

Although he has been a long and dutiful servant of the Buganda kingdom, a man who has vested almost all his working life in promoting kingdom affairs, to some out there Mayiga has suddenly become Buganda’s number 1 enemy. But should you be surprised! Apparently many of those who proceeded Katikkiro Mayiga in the most important office there is in Buganda after Kabaka, and labored so much to build a great Buganda, were treated as much, if not worse.

It is interesting to recall how the very man whom Katikkiro Mayiga succeeded, Eng JB Walusimbi, was treated so disdainfully before. To begin with some people may remember it was  Walusimbi who stood valiantly to ensure the Kabaka was granted safe passage to  the province of Bugerere, in 2009, when relations with the central government were at their lowest. This was a pivotal do or die issue as no other; indeed it sparked off ugly riots.

Prior to that Katikkiro Walusimbi had also while serving as Omwamika (Treasurer), promoted charity contributions in the form of purchasing a Kingdom certificate to help out with the kingdom’s revenues. The Buganda kingdom without executive power lacks tax powers and is often scarce of funds. This innovation therefore helped sustain the kingdom operations.

In spite of this and many other worthy contributions, it did not prevent the quick tongues to start circulating rumors that Walusimbi was a mole of the central government. In some of these circles it was alleged the central government was returning the favor by lavishing his engineering firm juicy State House contracts. Hurt, as he was about to vacate the office, the soft spoken Katikkiro Walusimbi gave a blistering speech to the Buganda Parliament- Lukiko, where without mincing words he pointed out the kingdom has many people full of “enkwe” ( duplicity)!

This sober truth was once shared to me by none other than the long serving  Katikkiro J Mayanja- Nkangi. “It is a delicate job serving in that office and managing all the intrigues,” he, on one occasion revealed to me, as I queried why some people even though their track record in serving the kingdom is undisputable, had fallen out of favor. A case in point is how the man Nkangi succeeded in office, Katikkiro Micheal Kintu, fell in 1964.

When a young legislator called Appolo Milton Obote was first presented to Ssekabaka Mutesa 11, by his old Budo schoolmates at Bamunanika palace, and urged him to bless UPC party with an alliance with KY, there was one man who resisted these entreaties. Katikkiro Kintu, suspected a ruse, and would not bring himself to trust the unknown Obote, trying as much to dissuade the Kabaka from committing. He was ignored. At the Lacanster conference where the 1962 constitution was debated he put on a spirited fight for Buganda’s independence.

It did not take long for all his premonitions to come true. Events started playing out soon after independence with UPC insisting on holding the Lost counties referendum, against the spirit of the alliance. Once Buganda had lost the two counties following the referendum, whom do you think was blamed! A mob quickly descended upon the Lukiko and demanded Katikiro Kintu’s immediate resignation.

Some years ago I happened to talk to one of Katikkiro Kintus grandchildren about his latter life after he was unceremoniously booted out of office. “Having been pushed out like that he quit Buganda politics altogether,” the grandson told me. “Whenever people approached Kintu for some comments about the situation in Uganda he would just shrug them off!”

Katikkiro Kintu had succeeded another premier who had been equally shown the door, without much credit. In 1953 Katikkiro Paulo Kavuma while serving as premier faced the unpleasant challenge when the British took the decision to deport Kabaka Mutesa who was opposed to their intentions for an East Africa Federation, which the kingdom felt threatened. Immediately there are those who started suspecting Katikkiro Kavuma was involved in the plot. They expected him to resign. But as he explained in his memoirs, Crisis in Buganda, he felt it was better to continue holding on to the reins of government. His standing in must have paid off; in 1955 the Kabaka returned safely to his throne.

Well, what happened? Quickly he was relieved of the premiership, with many still convinced he had been part of a scheme with the British to rob the king of his power.

Earlier on Kattikiro Kavuma had succeeded the son of Katikkiro Appolo Kagwa, Kawalya- Kagwa, who too had been pushed out like his father.  In 1926 Kattikiro Kagwa had been forced to resign when he failed to secure support in his battles with the British for supremacy in the region. The war of the “beer permits” where  Katikkiro Kagwa felt he had the final say on who to license permits, which the British deferred, ultimately led  him  to quit his 33 years hold on to the premiership.

Kagwa had done so much for Buganda and Uganda. Certain revisionists tend to be more preoccupied with Kagwa’s land acquisitions or even ancestry. Yet it is important to note that it was Kagwa who welcomed the introduction of major cash crops like coffee and cotton which formed the backbone of Uganda’s young economy, prevented White settlers invading Uganda and taking over land as they did in Kenya, inspired Buganda government to start schools like Kings College Budo which has given this nation three heads of state, welcome missionaries who build hospitals like Mengo hospital, inspired the construction of magnificent cathedrals like St Paul’s Cathedral Namirembe, presiding over a calm period of progress after the turbulent religious wars of the late 19th century.

His unceremonious departure hurt him deeply. A sad man, a year later, he collapsed and fell dead in a train while in Nairobi.

For his son Kawalya- Kagwa, who became Katikkiro in 1945, he started losing support when he fronted the idea of introducing electricity and piped water to the region, by blessing the British plans to construct Owen Falls Dam. As ridiculous as it might sound to some there was a huge public outcry in Buganda against Katikkiro Kagwa for welcoming this developmental initiative, precipitating his fall in 1950.

But if there was any Katikkiro who was so resisted for his initiatives it is Katikkiro Martin Luther Nsibirwa. A protégé of Katikkiro Kagwa who had mentored him into the Buganda government service, he was first forced out of office when he supported the Namasole ( Queen mother)  to remarry which earned him the ire of many traditionalists. Succeeded by  Katikkiro Samuel Wamala, the latter’s term came to an abrupt end after the 1945 riots, of which he was accused of sponsoring.  Katikkiro Wamala along with a dozen Baganda chiefs was arrested and exiled to the Seychelles, written off as a mad man, where he soon died.

It is important to note that as heroic as Wamala’s fight against British domination was, even to this day, he is rarely mentioned nor much honored although he lost his life in Buganda service.

After being recalled from retirement to succeed Wamala, Katikkiro Nsibirwa drew ire from the public when he signed off 200 acres of Makerere land for the British to expand the university. This was a decision of remarkable courage by a man clearly ahead of his times. When you fall out of favor among certain Baganda, they start questioning your ancestry. “Oyo ndaba si Muganda”- loosely translated: “Of course, he is not an indigenous Muganda!”  He was written off by many. The day after signing off the Makerere land, while about to enter Namirembe Cathedral for morning prayers, Nsibirwa was shot dead by a one Senkatuka!

Today, like many of his predecessors, Katikkiro Mayiga is under assault. He is accused on some forums of being a central government mole and of course, guess what, his ancestry is also questioned, just for the usual dig! Much like Walusimbi, baseless rumors are also circulated of self enrichment from kingdom projects, We are not sure where this tide will end, if it will sweep him with a forced resignation, like others.

I first met Charles Mayiga  in 1978 when together we joined St Henry’s College, Kitovu as carefree students, un aware of all the demands later to fall on our generation. As Katikkiro for some of us he has not disappointed. For the record it is under Katikiro Mayiga’s leadership and prior roles serving in Buganda government  that remarkable feats have been realized. As Personal Assistant to the Kabaka he was pivotal in the restoration of Kabakaship; since then, he has seen the finishing the construction of Masengere, launching of BBS Television, return of considerable Buganda government titles, assembling a full time cabinet, launching a university, establishing Ganda provinces in the diaspora, defending the Ganda culture, and more. He has done all this at the expense of furthering his professional career as an Advocate. But for now, all that does not matter. Basiima ogenze!

All which leads me to conclude here by asking, if and when Katikkiro Mayiga leaves, as some are bent on seeing his back, which Muganda will the Kabaka find, so unblemished. But then I am heartened because one thing I know of  Kabaka Mutebi, is that unlike the flippancy and total lack of appreciation found in so many, he is a listening and decisive king, who knows to give due where is due! 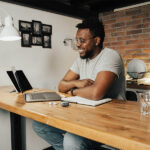 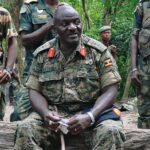 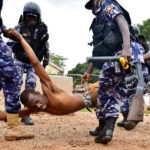 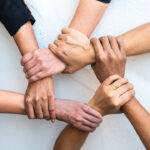