Home > The Manager and Solving Problems

Johnny felt he had the best job in the world as DJ of one of the most popular FM radio stations, Sharp FM. He hosted the afternoon drive show whose popularity was evidenced by the number of calls received. Johnny would normally drop in at 2pm and spend an hour picking music, ads and jingles to play. Right on cue at 3pm he would enter the studio and be lost with his listeners up to 7pm when his show ended for a talk show.

Soon after the show he would spend about an hour at the station writing reports and responding to some of the e mails and text messages that had come while hosting. Then it was time to hit the bars where he caught up on his company.

Sharp FM was operating in a very competitive environment. The station relied on commercial adverts but due to stiff competition securing business was a flex of muscle. The government had also started to count on FM stations as potential revenue source and was beginning to squeeze them for taxes.

One day Johnny dropped in for his show only to find the station General Manager had suddenly quit. He couldn’t handle it anymore. But the station proprietors seemed in no hurry to find a replacement and for a while the station carried on without. However, as sales dipped without anyone to lead and DJs started dropping in late or absent themselves without notice, it became very evident the station needed a Manager.

One day Johnny reported to work only to be handed a letter. “You are hereby appointed as Ag General Manager!” Being a manager was the least of Johnny’s desire and he declined the offer on spot. “I am happy just running my show because no one bothers me!”

“No!” the owners insisted. “We feel you have managerial potential.”

Pressed, he decided to take up the offer, hoping he would balance it with running his show. The first day as a Manager he was awoken with a call. There had been an attempt to steal a transmitter that supplied power to the station mast. Johnny spent most of the day with police filing reports. He only got to run his show just in time.

The next day again before rising, a call came in. The van that picks up DJs had broken down. Johnny quickly authorized renting one from a dealer. When he got to work he found on his desk a letter of resignation from a DJ who had captured a huge market for the morning show. He had been snatched by the competition.  He started looking for replacement by placing an ad in the papers.

Then as the day progressed he received a letter from the tax authority. The station was on notice to pay up a huge tax debt or be  shut down in a week’s time. Johnny started running around banks to secure an overdraft and stay afloat.

It seemed like every day there was no room to catch breath. Just as he had solved one problem another cropped up. The days flew past and soon there was payroll to meet. But then the sales had been slow, forcing him to borrow. Occasionally one of the station machines was down and had to call up a technician to fix it. Because of all the problems that kept flowing on to his desk Johnny started missing his daily show. Eventually, he decided to give up hosting.

Stressed by all these problems he was encountering, Johnny decided to throw in the towel. However, just as he was about, he accidently bumped into an Executive coach, who had been invited as a speaker at a communications conference. He cornered the coach and bared his woes. “I am thinking of quitting because my job is so stressful,” he said. “I am always running around fixing problems.”

“Well, just imagine if there were no problems would there be a need for a Manager?” the coach asked.

“We tried to do that but then discovered we couldn’t do without one,” Johnny said.

“That’s exactly why you are a manager,” replied the coach. “Your job is to manage problems!”

Johnny came out of that meeting with a better perspective and understanding of his new role. As a DJ he had led an almost carefree simple life without anyone looking up to him. However, now as a manager, everyone looked up to him to solve their problems. Being someone who loved taking up challenges he agreed when he was confirmed. Whenever a problem came up to him, he would smile, and go ahead to figure out a way to fix it. 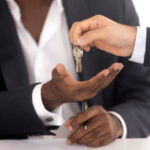 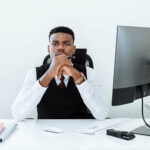