The Problem with Insecurity

Home > The Problem with Insecurity

The Problem with Insecurity 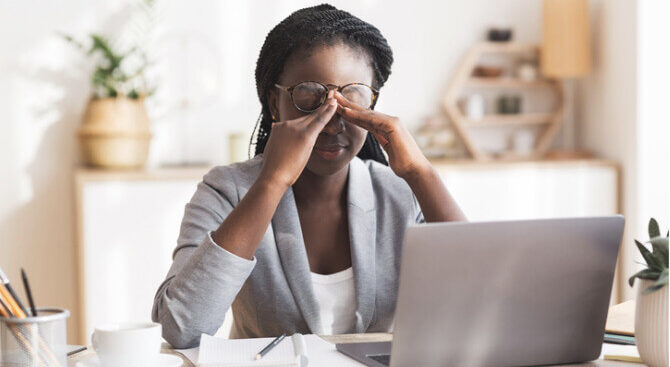 There are certain early encounters in life whose true meaning only unfolds with time. Years ago while an undergraduate student at Makerere university, I happened to call upon a teacher-friend, Prof Rose Mbowa. She was a dramatist, and then Head of Department of Music, Dance, and Drama. Sometime back we had talked about staging a Shakespeare play, me acting as Macbeth. On that visit, I bumped into a famous face which would have made my day. Except something else happened.

There is a play “The Burdens” which some here may argue is the best to ever come out of the continent. On this occasion, Prof Mbowa suddenly introduced me to the author who was visiting- John Ruganda! Of course, I could hardly contain my excitement to meet a famous author. However, the playwright was in no mood to entertain strangers. He hardly took note of me as I offered to greet him, for something else was deeply troubling him.

Ruganda was one of many qualified Ugandans who had fled into exile in the wake of the atrocious Idi Amin regime, a period of blight that was followed by the anarchy of the 1980s. Out, through sheer hard work, many prospered with glittering qualifications and excelled in their professions. After the Museveni government took power in 1986, a great number finally saw an opportunity to return home and make their contribution.

Only to be greeted by a rude surprise. You see not everyone was comfortable, particularly when it came to their taking up jobs in certain coveted institutions. There was tussle of sorts between “stayees” and “returnees”, as the foster group feared the “returnees” had come to get their jobs or say, supplant them! Suddenly terms of entering certain institutions were revised; exorbitant papers were now demanded along with heaven knows! In other words for qualified “returnees” getting a job back home had become like going through the needle.

The famous author was one of those locked out. Here he was now crying foul when we accidentally met. I do not know what happened after. I think Prof Mbowa advised him to try elsewhere, but what options were there in such a squeezed economy. Maybe he picked up his bags and made his way back to exile, as I never met him in life again.

When a poor country that is short of manpower slams its door against its own people who are qualified, then you know you have one big problem. You would imagine that arms would be spread out for such a well-qualified person as was Ruganda, eager to be engaged, yet here he was being put to task.

Perhaps you think this is a Ugandan thing where someone qualified is denied entrance or pushed out of a job. There was this Ugandan buddy of mine in the US who after graduating with an Economics degree (Honors) applied and got a job in a leading bank in Oklahoma. Brilliant, he settled to work. Soon he found not everyone was excited about having him there. Incidentally, he was the only black in his Department. Discouraged, I urged him to stay on. But the racism was brutal. Early one morning he drove up to my door. “I can’t take it no more,” he sighed. “I have decided to quit.”

You would think that organizations exist to welcome eager and enthusiastic performers like him. After all, this is what we were taught in school- go and do your best. Well, here was someone of a wrong race, and a group had closed in and decided he didn’t belong. But I must give you some cheer, for when Enoch moved out of state, he came across a smaller financial organization down in neighboring Texas. It gave him a chance. And here, though still the only black, his skills were appreciated and he prospered.

A few years ago I happened to visit a cousin, a medic currently based in the US. He has indeed prospered in the land of honey, as we are told, and his beautiful house is nestled in a picturesque wealthy zip code where properties go for over a million dollar bucks. Throughout my visit he kept fielding consultative calls. Somewhere along I noticed a collection of his advanced degrees all stuck in an old box. Normally you would expect these raised up in someone’s office. Not so fast. “I used to hang all these qualification in my company office,” he shared “Then my supervisor started having issues with me. The day I removed them that is when peace returned.”

So, it is about insecurity! A supervisor feeling threatened by a well-qualified staff! You would expect any good supervisor to desire and boast of an excellently qualified subordinate. But man, that’s not how the world works

But am I being too mournful here? Personally, I have had three or four supervisors/mentors who took my arm and led me the way. They were characters with large hearts willing to give me a chance. You are lucky when in life you find those, as I have been. But there were also those moments I choose to forget when some small persons stood in the way and raged, blocking me all the way. Those are always there.

Just this week I noticed a newspaper story with a headline, “Kyambogo in the final push to recruit nine Cuban professors” Oh, is it so? Out there I know literally thousands of qualified Ugandans, like Enoch and my cousin, who would wish to return home and serve their country, just as the playwright Rugunda. Yet since when did you hear of “Billions of Shillings saved to welcome back qualified Ugandan diaspora.” That would be one storm. Of course, it is far easier to open up the gates to Cuban Professors, since, apparently they pose no threat and comfort our inferiority complexes. The problem with insecurity. 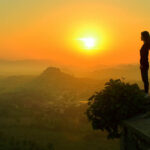 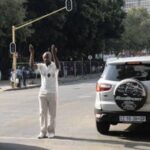 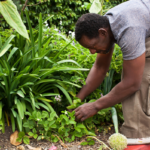