Home > The small town of rivals! 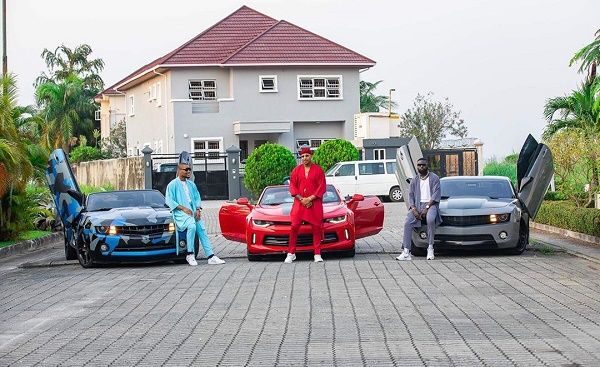 Zikusooka was excited as he jumped into the car, ready for boarding school. Tucked inside the boot was his new suitcase which was laden with goodies and an assortment of school requirements, including extras. But most to his joy were new clothing that his father, a senior government official based at the Ministry of Foreign Affairs, had just bought for him. This had eased the terror he felt on being whisked away from home on to this far-off boarding school. Just the day before he had gone out shopping at a mall wherewith his mother they snapped a new pair of sheets, colorful pajamas, sneakers, shoes, josses, shirts, vests, and slacks. Zikusooka was excited to bag all the new things to himself. Once back home his younger siblings circled around him quite jealous.

On the day the family got to school Zikusooka was led to a queue where they found a schoolmaster on duty. He beckoned him to open the suitcase for inspection before clearing it for admission to the dormitories.

“Show me a pair of shoes!” he boomed.

Zikusooka had come with actually four.

“Keep only two, and the rest will be sent back home!” the teachers thundered. “Show me a pair of shirts!”

“But why are you sending back my son’s things?” Zikusooka’s mother perturbed, started protesting. “We bought all these new things for him to enjoy while at school! He needs them.”

“Mum, it’s a school policy,” explained the teacher. “No child is allowed to come with anything beyond what they need. What has brought them here is to focus on their studies and not display what they have.”

Zikusooka felt low as his parent’s sauntered off back home with a bag in which were almost half of all the new things he had brought along. But he didn’t dwell long on that. Just every kid had the same number of items as him. They all dressed alike in similar shirts and shoe types. The only difference that seemed to separate was height and also school work where different grades were given based on one’s work.  Zikusooka soon forgot all about his bagful of things as he concentrated on school work. This is how he excelled and was admitted to St Joseph’s College, a famous school known especially for taking kids from elite families.

On joining there his parents thought the school applied the same policy of no extras other than formal school requirements. However, once dropped at school, no sooner had Zikusooka settled in than he found a good number of his classmates had come with suitcases packed with a range of assortments, including all manner of designer clothing.  In fact, several had even hauled in multiple suitcases. He noticed these boys were changing clothing and shoes every other day.

Suddenly Zikusoks started feeling small. He had come along with just the minimum school requirements and now he felt terribly disadvantaged as he compared himself to these powerful boys, as everyone called them. St Joseph was a mixed school and Zikusooka became aware the girls preferred the company of these boys, which made him feel put out.

When the first term came to an end, and he got back home, Zikusooka had an urgent matter.

“Mom,” he pleaded. “I need to go back with all my clothing and shoes. Please, also buy me more!”

“But why!  Zikusooka’s mother surprised asked. “Don’t you remember when we first got admitted back in primary and had to go back with all those extras!”

“No, mother this school is different,” Zikusooka pleaded. “Everyone comes with their extra, except me! They think I am poor and laugh at me!”

“But you know you are not poor,” his mother countered. “You have all those things and why not just take what you need.”

“Those boys and girls won’t believe I am also rich unless I take and show them what I have!” he argued.

Realizing that he was so unsettled, Zikusooka’s mother went out and bought him two new suitcases which she packed with designer clothes and shoes. When he showed up the next term, Zikusooka promptly put out his possessions on display. Every other day he changed shoes and donned on a cool shirt. The girls noticed and started showing interest in him. He breathed an air of satisfaction as he was now respected.

But just as he felt he had earned the respect of everyone, the boys who had ignored him hurried home and flew back to catch up. This time their display was of far superior quality. For those in doubt they started displaying luxury brand labels they donned. Zikusooka now realized that it was no longer quantity that mattered. He too rushed back home and told his mother to buy only certain labels. But each time he got a new expensive label, yet he found another boy had found a far more expensive. He frowned wondering how to convince his mother to beat the new rival coasting a far more expensive label.

Now, as this war of labels was going on, there was another camp in school that had come from less affluent families. These knew this war of labels was beyond them. But to earn their respect they decided to concentrate on studies and extra-curricular activities.  Because of this, most excelled, and were called back for A’levels.  Meanwhile, the majority of Zikusooka’s competitors, including him, perhaps for lack of concentration, failed to make the right grades. They were not recalled.

Zikusooka was fortunate that his father who had just been posted to the UK as a diplomat secured him a place in a public school.  There he too found a camp of boys from affluent families, just like in his old college. However, here, when it came to display of wealth the rich kids talked of going for vacations in exotic places like ski resorts. It was a world Zikusooka had no idea of and rather than lock himself in a hopeless competition, he decided to pour himself in his studies.

It all paid off! His good grades earned him a scholarship to an Ivy League College. After his graduation he returned home to take up a job in one of the best paying multinational bank. But as he worked his way up he found a new war going on. This one involved staff purchasing cars of the latest design, which were eagerly put on display in the company parking lot. Also, at the cafeteria, there was boisterous talk, of who had vacationed in some exotic place, as proof of having means.

Zikusooka decided he would have none of that. The life of playing catch up was not for him. He had seen it all. Rather, he decided to focus on his work for which he excelled. This earned him quick promotion.

One day the CEO called him for a chat. “After your latest promotion I know what you earn, why haven’t you bought a brand new SUV like everyone else here! People may think we are paying you poorly. Where is all the money you earn going? Are you in debt? Do you need help!”

“Sir!” Zikusooka coughed. “The money I earn I save some and do develop process by process. I have no need for some of those things, right now!”

“Why!” the CEO gazed at him incredulously. “Everyone in this town will respect you if you drive around a big car and talk big!”

“And that is why it is a small town,” said Zikusooka. “Everyone is looking over his shoulder. But my focus just happens now to be elsewhere. There are bigger things I am thinking of.”

@ Turning Point is authored by Dr Martin M. Lwanga with the purpose to inspire by reflecting on life through personal experiences and life observations. The first collection will be out in the last quarter of 2021 under the title of “Who is my Friend!” Those interested can book for an early copy on Whatsup # 0772401774 @ 30,000 UGX ONLY ! 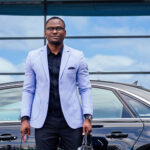